I leave for Europe on Friday morning for approximately one month.  I’m catching up with two women friends travelling to Spain, Portugal and Morocco.

big but not too heavyweight to read on the plane and in my hotels.  The Joy Luck Club by Amy Tan is a book I have always wanted to read. I remember reading the wonderful book Wild Swans years ago by Jung Chang. What I loved about that book was not only learning much more about China and the politics of the Cultural Revolution but I loved the families involved. I never forgot that book and the Joy Luck Club seems a similar type of novel.

Good Reads describes it as:

Four mothers, four daughters, four families whose histories shift with the four winds depending on who’s “saying” the stories. In 1949 four Chinese women, recent immigrants to San Francisco, begin meeting to eat dim sum, play mahjong, and talk. United in shared unspeakable loss and hope, they call themselves the Joy Luck Club. Rather than sink into tragedy, they choose to gather to raise their spirits and money. “To despair was to wish back for something already lost. Or to prolong what was already unbearable.” Forty years later the stories and history continue.

With wit and sensitivity, Amy Tan examines the sometimes painful, often tender, and always deep connection between mothers and daughters. As each woman reveals her secrets, trying to unravel the truth about her life, the strings become more tangled, more entwined. Mothers boast or despair over daughters, and daughters roll their eyes even as they feel the inextricable tightening of their matriarchal ties. Tan is an astute storyteller, enticing readers to immerse themselves into these lives of complexity and mystery. 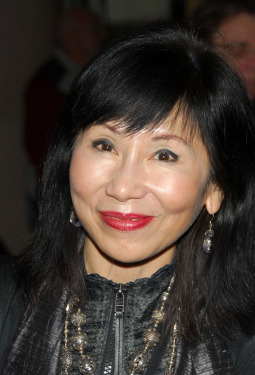 Amy Tan (born February 19, 1952) as an American writer whose works explore mother-daughter relationships and the Chinese American experience. Her novel The Joy Luck Club was adapted into a film in 1993 by director Wayne Wang.

Tan has written several other novels, including The Kitchen God’s Wife, The Hundred Secret Senses, The Bonesetter’s Daughter, Saving Fish from Drowning, and The Valley of Amazement. Tan’s latest book is a memoir entitled Where The Past Begins: A Writer’s Memoir (2017).[1] In addition to these, Tan has written two children’s books: The Moon Lady (1992) and Sagwa, the Chinese Siamese Cat (1994), which was turned into an animated series that aired on PBS.

Despite her success, Tan has also received substantial criticism for her depictions of Chinese culture and apparent adherence to stereotypes. (Hmmmm…We’ll see.)

I downloaded a Kindle Read/Listen copy of this book and began it a couple of days ago. It has already drawn me into it a bit. As I seldom sleep well on a plane,  I look forward to settling on my long flight with my headphones and tablet, ready to disappear into another realm.

This book was developed into both a play and a film also, neither of which I have seen. I’ll let you know what I think of this once I finish it.

I hope to put up a few travel photos and stories of my trip to Spain, Portugal and Morocco.  I will be more focused on photography than book stores but if I come across anything interesting about either I will be sure to save and hopefully share it.

I do find travel exhausting and night time often has me stretched out on a lovely hotel bed with my tablet, books and reviewing the day’s activities. I don’t like television in hotel rooms as at the end of the day I prefer silence.

I return home about mid June. Stay tuned and hopefully I’ll produce a few things on this blog but it will be basic as I’m not taking my laptop and my tablet does funny things with photos on Word Press.

PS-  Penguin is leaving the page tomorrow and getting in the suitcase to share the experience. I will send photos of him as it is always fun to travel with a Penguin.

15 thoughts on “The Joy Luck Club for Travel Reading”