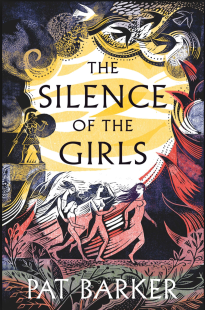 Our Fuller’s Bookshop Book for February is The Silence of the Girls by Pat Barker. It is a retelling of the Iliad from the point of view of a woman. Our group meets the first Thursday night of February so I will write more about it after we have discussed it.

I recently finished The Arsonist by Chloe Harper. Our group will discuss this book the first week of March. Chloe Harper is an Australian writer who writes about the Black Friday bushfires in Victoria that happened several years ago. Again I will wait until after the group meets to write about it.

I am currently reading our April book, The Everlasting Sunday by Robert Lukins about boys living in a boarding school in England in 1962. I’m not that far into it yet but I feel it might become quite ominous. More on that later.

In the meantime, I can talk about the recently read The Shepherd’s Hut by Australian writer Tim Winton. I imagine most people who live in Australia who read this blog have read it. I will say I loved it very much and couldn’t put it down. It was a slowly drawn  story of a young man who lives in Western Australia. He had a very abusive father who had abused him for years and it became worse once his mother died of cancer. He often wished his father dead and when he does die in an accident while working on his car in a shed, the boy fears he may be blamed and heads off into the bush and desert of Western Australia.

In my opinion nobody writes about Western Australia better than Tim Winton. You feel the heat, the dust, the young man’s hunger. He comes across an elderly man living in a shack in the desert in the middle of nowhere and the story continues with the development of their relationship, the life and trials that happen upon them.

My only criticism of the book, which some don’t agree with is I thought Tim Winton wrapped up the ending too quickly. This is a drawn out story that seemed to follow a certain, consistent pace throughout. Then suddenly the end is upon the reader and it seemed to quickly finish. I can’t say more than that as I don’t want to spoil the ending for anyone. I will leave it at that for now. I did really enjoy this book though.

The serendipity I refer to is regarding a page I have put in my 2019 journal. I read a lot of book reviews. I get them from my bookshop, other blogger’s posts, the newspaper, everywhere.

I also receive publishers newsletters and magazines and often see older books referred to at times. I often exclaim to myself, “My gosh I have that book on my shelf!” and think I should get it off the shelf and read it so I can then pass it on. So for 2019 as I read reviews and notice books that are named by other bloggers, I will get that book off my shelf and place in a pile to finally have a serious look at it. If I’m not going to read it then maybe it is time to pass it along.

So far on my journal’s Serendipity page, as I call it, I have Persuasion by Jane Austen. It is one of her books I have seen the film for but never read. So onto the pile it goes and I might finally get to it. As it is early in the year I don’t have any other books listed but I do have books by a couple of authors that have been in the winds of 2019.

I read a blurb in the Weekend Australian just before New Year’s Eve written by Mandy Sayers about her favourite books for 2018. I have a book on the shelf by her so I may grab that one. I have several books on the shelf by Helen Garner unread and I know I must read them. I hear so much about Helen Garner especially from Australian bloggers I follow. So onto the pile they need to go. I can’t think about their latest books while I still have their previous books on the shelf.

February will have me listening to audible books, mainly in the car. I’m currently listening to Fierce Attachments by Vivian Gornick who is a New York City writer I love. I heard her speak at the Sydney Writer’s festival a few years ago and enjoyed her very much. Most of her books are memoirs of her life growing up in a tenement building of 20 apartments in the Bronx. Some of her books are of her life later in life. She is close to me in age so has lived quite a bit of life.

I love tales that take place in Brooklyn or the Bronx especially in the 1950s and 60s. She deals with a very exasperating mother which I find interesting and I feel as though I am on the streets of New York with her, trying to figure out life. Fierce Attachments has most of the book taking place in her first 25 years. They live in an apartment building that has 20 apartments in it and the interaction between the neighbours and families really draw me in. I love the New York Jewish phrases and sometimes hysteria as many of the women deal with their husbands and children.

February is going to be a very busy month for us but I’ll write more about that in a couple of days. I’m trying to finish off books in January because I’m not sure I’ll get a lot of reading completed in February.

More on that later. Until then, I leave you… 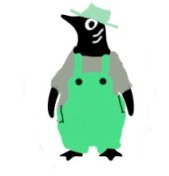 I know a few of you have read the Jane Harper books. Those are the books I keep meaning to read but haven’t got around to.  On Friday night a friend and I went along to the Fuller’s Book Shop launch of her most recent book, The Lost Man.

As there were quite a few people expected to come it was held in a conference room at the RACV Hotel across the street from Fuller’s. It was very flash sitting in reception with our drinks waiting to enter the room. The event had a good turnout but wasn’t mobbed.

I really enjoyed hearing her talk about how she writes and the research she conducts for her books. I love research and this sounded like so much fun.

Jane is a journalist who lives in the city of Melbourne. Very urban. However her books, of which there are three, all take place in the outback.  She talked for quite awhile about her experiences researching the isolation of the outback, the people she met, the pubs she visited. She also spent time with organisations such as the Royal Flying Doctors. She said she enjoyed it so much she didn’t want to leave. She spent most of her time in western Queensland.  Australia’s drought ridden country plays a role in all of her books so far. She stated her journalistic background was instrumental in succeeding in the research she did for these books.  She talked quite a bit about how she had to get the dialogue right as the country folk of rural Queensland speak differently than those urban dwellers of Melbourne.

She also mentioned The Dry has been optioned for a film by Reece Witherspoon’s outfit so look out for it in the future.  One audience member asked her about who would be cast as Aaron. She couldn’t tell us due to confidentiality clauses but stated she was happy with the person chosen if it goes ahead.  It will also be filmed in Australia and not America.

She presents as a really down to earth author and everyone in the audience seemed to enjoy her.  I came home and began to read the copy of her first book I have, The Dry. It features a federal policeman, named Aaron Falk. He returns to his hometown for the funeral of his childhood friend, Luke Hadler. Luke and he had hung out as part of a group of four, including their girl friends when they were young.

Luke Hadler killed his wife and son, then shot himself. The younger daughter was spared.  There was a history that involved a death of one of the girls. The classmate from years gone by and the town people still think he killed her. His reception in his home town after 20 years doesn’t go that well.

I am enjoying this book and now Aaron and the local town cop are beginning to think things just don’t add up around Luke’s family’s death when they visit the scene of the crime…well… let’s say, the plot thickens.  The Dry is Jane’s first book and I am right into it. I think I am not alone in thinking this is a very good book.

Since then she wrote a second book with the same protagonist called Force Of Nature.

The launch I attended was about her third and latest book that is a stand alone novel that doesn’t include Aaron Falk.   It is titled The Lost Man.

During question time one of the audience members asked if Aaron would come back in the future.  She stated she didn’t see a long term series as she didn’t want to do that, but she felt she owed him quite a bit, so don’t be surprised if he reappears in future. That got a laugh from the audience.

It was a lovely, fun way to spend an evening with a friend and I plan on reading her other novels once finished with The Dry.

If you’ve read any of her books what did you think?

A Bit of a Catch Up

Documenting Life-What are their stories?

Olive Again and a Giveaway Winner