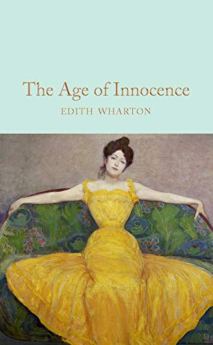 I’ve read a couple books this week plus a short story. It’s quite hot out so nice to stay inside where it is cool.  Southern Tasmania is probably the only place in the nation without smoke in the air. It’s really been terrible for people.

I read The Age of Innocence by Edith Wharton for my upcoming book group meeting in February at Fullers Bookshop. Edith Wharton was the first female author to win the Pulitzer Prize in 1921. It was originally serialised in four parts in a magazine the previous year and then published and sold as a book.  I’ll be interested to see what the book group thinks about it. Last year they hated the period piece of Diary of a Provincial Lady by E.M. Delafield which I loved.  I enjoyed this book once I got into it. It’s one of those books I wouldn’t start unless I had a good block of time to get into it so I’d want to pick it up again.

much. Then her cousin the Countess Ellen Olenska arrives from Europe where she has left her brutish Polish husband and does not plan to return.  It is the end of the 19th century, New York, so of course there is a great deal of discussion about her upcoming divorce and will she be accepted into society or not.  She is a bit Bohemian, wears scarves, loves the wilder side of life and is very independent.  Newland falls in love with her and that sets up the plot for the rest of the story.

However the beauty of this book is how it defines social class in the later half of the 1800s in New York.  The requirements of proper society ladies and gentlemen are very clear and heaven help you if you break one of them. The scandals, the gossip, the theatre, the interactions between the extended families of both Newland and May come into the tale very much.  It was an important piece of literature in America in the early 1900s because of the impact World War I had on society.  Values were changing and that impacted on New Society and pretty much the entire way of life. Events such as the war, the Stock Market crash of 1929 and the depression changed the face of America. This book defined how life was previous to all of that and you could see the beginning of those changes as the year rolled over into the new century from the 1800’s.  There is also the theme of balancing what is responsible in one’s life versus what one wants. Does one forego a life, hurting many people in exchange for only thinking of oneself to attain what is wanted.  As predictable as the story was the ramifications of how it addressed an important part of American history stays with the reader.  I enjoyed it. 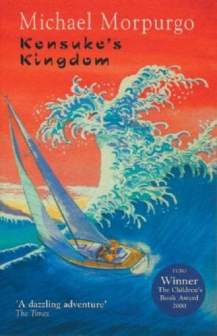 My second book of the week was randomly selected from 1001 Children’s Books You Should Read Before You Die.  The first couple of selections were not available in our local library but this book was. Michael Morpurgo’s Kensuke’s Kingdom is a book I’d never heard of. Mr. Morpugo was born in 1943 in Hertfordshire, England. He has written many books and our library seems to have most of them. I would think the reading age for this book would be about 9 or 10 upwards. It is the story of an 8 year old boy who moves onto a yacht with his parents after they lose their job when the local factory closes down. They sail to various places in the world and one day while the boy is on watch with his dog, they fall overboard. His parents are asleep below deck and have no idea this has happened. He and the dog manage to stay above water but when all is lost and he becomes unconscious and the dog has floated away, he awakes and finds himself on an island. Only one other person lives on the island, a 90 year old Japanese man who has been there since Nagasaki was destroyed in World War II and he cannot go home again.

The man eventually works out the boy is not an enemy and he takes him under his wing.

They care for the gibbon monkeys and the orangatangs. They live in a cave fitted out with items from a sunken ship nearby. While there, evil men arrive in a sloop with rifles and their aim is to kill the adult gibbon monkeys so they can steal the babies for the tourist trade.  There are a lot of environmental messages in this book. They talk about the animals and the extensive clearing of land. At the end of the book there is a page about all the illegal and governmental land clearance around the world and the impact that has on the wildlife.  The message it portrays is very pointed.  I didn’t think I’d like reading a book for such a young audience but the main characters were enjoyable and developed enough that I cared about them. I worried about the monkeys and orangatangs too. I finished it in a couple of hours as I was interested in how they would all end up.  If I had children in my life I would recommend these adventure stories to them. There is enough adventure that the educational value of it does not become overwhelming.

I’ve got another couple books on the go but I’m not far enough into them yet to say anything.  I have a very funny short story from the book Funny Ha Ha to share too but will do so later.

This book counts for the Century of Books Challenge:  1920.