We have had a pretty good winter this year. A few days of quite cold weather and even some snow but not enough to stay on the ground where we live. The mountainous areas have been beautiful though.

I’ve been spending time with Ollie. He is coming up on his first birthday in a week’s time which is very hard to believe.  He’s such a joy to live with

I’ve had lots of time to reorganise my book journal. It’s now electronic on a table that is easily accessible and I have deleted my Good Reads account. I grew tired of it. I also gave the blog page a bit of a clean up and put in some new colours and changed the masthead with one of my photos of a local beach.

Books read since I was here last are as follows:

I finished the audio book from the library of Oliver Twist by Charles Dickens.  I was enjoying it at night before going to sleep. I really enjoyed this story and the characters will stay with me for quite awhile. 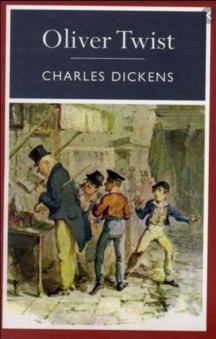 Oliver was lovely with his love of his “finally ever after family” and his love of books. What a
terrible start to life he had. Sikes was so horrible.  Dickens was so wonderful at describing life in London during the 1800s and the poverty permeated all he touched in this tale. Evil was evil and good was good. (Narrator Wanda McCaddon was excellent with all of the voices.)

I also finished off the Diary of Samuel Pepys as I probably mentioned before. His description of life in London in the 1660s was remarkable and living through the plague and the great London fire was described as though one had travelled into the pages of the book. I really enjoyed it. (Read by Leighton Pugh with David Timson; both excellent).

More currently I really enjoyed the audio version of Australian Julia Baird’s book of essays entitled Phosphorescence. Julia Baird narrates it and it is as if one is sitting down in a room with a coffee or cup of tea with her.

Isn’t the cover stunning as well. She wrote of nature, mindfulness, storm chasing photographers, her family and her battle with cancer. It is an extremely uplifting read written with honesty. I gave copies to friends and they enjoyed it as well.

Another current book I listened to, this one written by Sayaka Murata, was Convenience Store Woman. Narrated by Nancy Wu who pronounced all the Japanese vocabulary for me and translated by Editor/Translator Ginny Tapley Takemori.   A story of a young Japanese woman working in a convenience store in Tokyo who enjoys her work enormously. She enjoys the structured work place 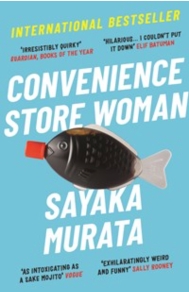 and although she is not fitting societal norms of what a woman is supposed to be like in Japan she manages to come to terms with it, finding her own place in the world and continuing onwards.  It is an unusual story and one learns about more of the expectation upon women in Japan. She defies the traditional norms and succeeds wonderfully in getting to accept who she is and what she wants out of life, as simple as it is. I really enjoyed it.

Another surprising read I enjoyed on my Kindle (but wasn’t sure if I would) is Too Much and Never Enough by Donald Trump’s sister, Mary Trump.  I thought this tale might be one of sour grapes, maybe quite vindictive or poorly written.. It wasn’t. Mary Trump has a PhD in Clinical Psychology and works as a mental health consultant with adults in her full time job.  She didn’t so much as diagnose her family members as describe their behaviours over the years. (I bought the Kindle version as I didn’t want to spend money on the new hardcover version as I wasn’t sure I’d like it.😁)

Her description of the family and especially the patriarch Fred Trump, (Donald’s father) and the siblings of Donald are as objective as one in that position can possibly be. After reading how Fred treated all of his children it is no wonder Donald is as he is.  It certainly helps one to understand him but it doesn’t make me like him any better. He is a very damaged man and that is apparent to most people in this world. I am glad I read it and I liked the author very much.

Another book from my shelves I really enjoyed was Ten Years a Nomad by Mathew Kepnes. Raised in Boston, having finished university and not wanting to settle down with a 9 to 5 job he conquers the fear that many Americans have related to travel and goes to the Caribbean on a holiday and later to Asia.  He then decides he is going to travel and live in various parts of the world for the next eight years. This happens more as he continues to extend his travelling.  Many Americans, myself included are raised to believe America is the only country worth travelling in. My father continually had us believing we would be mugged, taken advantage of, probably killed if we travelled anywhere outside of the U.S. When actually the U.S is probably the most dangerous place to travel with all the weapons around.

This young man explains it wonderfully. Another thing we have noticed that Americans

do is that when one returns from an extensive trip nobody takes any interest in it. Questions aren’t really asked and instead family are more interested in what you had for dinner last night or have you seen such and such on Netflix.  Friends often say, “Did you have a good time?” and that is the end of the conversation. The author explains this is his experience also and he can’t get over how life just on as normal as if he was never away.

They either don’t know what questions to ask, are just happy you survived the experience that must have been traumatic at times and let’s move on.

I enjoyed this author’s comments on his entire experience and when he did decide to settle down he was well and truly ready.

I am currently reading another travel tale but will talk about that one when finished. I’m 60% through another tale, this time an older British man undertaking the pilgrimage from Canterbury to Rome.

I hope this catches everyone up. I will have some photography to put up before long as I’ve spent a good deal of time watching photography lessons on You Tube and undertaking a Master Class on line from Annie Leibovitz I really enjoyed.

I am undertaking a fitness program too but more on that later as bits of it are quite unusual. More to catch up on but this post is long enough so will go hunt up some photos of the above named books and finish off with the Penguin, who by the way has a new shirt. (South American art work on a t shirt is new). All the best to my online friends. I’ve enjoyed your posts in the last month though I don’t always comment. Too many to comment on, but you know who you are and I do read them.

As my friends and I always say to each other…..cheers dears!

18 thoughts on “An August Winter Day in Tasmania”