It certainly doesn’t feel like an Easter weekend.  With all of us being so socially isolated it seems as though one day just blends into another.  At first it was quite nice to have lots of time to do all those things we have on our lists of things to do, uninterrupted,  but now it just feels very routine and quite boring and I find I need to push myself harder and harder to not lapse into being a complete idle sloth. Enough of that.

I have chosen some ‘comfort’ reads for today. Two are by American authors of quite considerable repute and the third is a

little first edition from 1929, dust jacket intact and all.

So let’s get on with it:

The Illustrated Emerson Essay and Poems.  I think Emerson was an important writer for students to know about, especially his essay on Self Reliance. What could be more important than young people knowing that it is up to them to achieve and succeed and not blame others or circumstances on coping with everything that happens to them.  I have always felt strongly about this.

Ralph Waldo Emerson (1803-1882) was an American essayist and poet. One of the young nation’s first recognised public intellectuals, he championed the writing of Henry David Thoreau and Walt Whitman and opined on everything from the evils of slavery to the glories of solitude. The publisher states “His essays such a ‘Self Reliance’ argued for a distinctly American style of philosophical individualism, untethered to hidebound traditions and prejudices.”

The book is illustrated throughout such as a Folio book might be with many wood cut illustrations of life at the time he walked the earth.

The next book that follows on from this one is a beautiful copy of The Illustrated Walden or, Life in the Woods by Henry David Thoreau. Some of his well known quotes included “The mass of men lead lives of quiet desperation”; “I went to the woods because I wished to live deliberately”; “Books are the treasured wealth of the world”, “Our life is frittered away by detail.”   There isn’t much there I disagree with.

This book is full of colourful illustrations from his time living at Walden. He built his small cabin on the shore of Walden Pond in 1845. For the next two years, he lived there as simply as possible, learning to eliminate the unnecessary material and spiritual details that intrude upon human happiness.. He described his experiences in Walden, using vivid forceful prose that transforms his reflections on nature into richly evocative metaphors. In a world obsessed with technology and luxury, this American classic about seeking “the essential facts of life” seems more relevant today than ever. 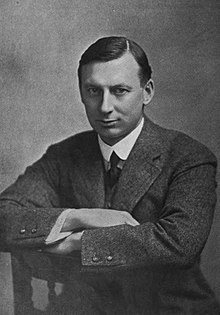 Born to a Quaker family in Eltham, on the fringes of London, Lucas began work at the age of sixteen, apprenticed to a bookseller. After that he turned to journalism, and worked on a local paper in Brighton and then on a London evening paper. He was commissioned to write a biography of Bernard Barton. the Quaker poet. This led to further commissions, including the editing of the works of Charles Lamb.

Lucas joined the staff of the humorous magazine Punch, in 1904, and remained there for the rest of his life. He was a prolific writer, most celebrated for his short essays, but he also produced verses, novels and plays.

This particular book is the third of the little books about animals which Mr. Lucas had issued, the others being “The More I see of Men….” a collection of essays on dogs, and “Out of a Clear Sky” a bird book.  Many of his books and essays were about nature and animals.

The principal essay is nominally about the work of an Aberdeen Terrier who analyses the relationship of dog and owner.

When I think of the title of this book I wonder what my own two dogs would write if they could.  Our 15 year old terrier Molly who has seen it all would probably have quite a bit of wise things to say we haven’t thought of yet. But as I look at Ollie, now chasing his tail on my bed, I doubt he would do much more than jot down a few stick figures of dogs, legs protruding from their heads, standing beside a triangle house with a smiling sun overhead.  He has a lot to learn.

If you have pets what do you think they would write about?  I hope this post makes you smile today.