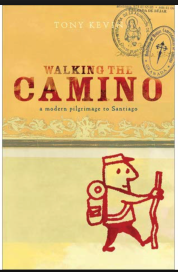 I wrote a very long post here last Sunday. I included all of the photos. I then decided to move one photo and as I dragged it a couple of lines higher the entire post disappeared. It hasn’t been seen since. Frustrated I turned the computer off and went and watched an episode of Master Chef. I’m trying to catch up on the episodes I missed while away.  I am enjoying it so much. What I enjoy the most is the support the contestants and judges give to one another. They truly seem happy for the success of others.  It is about time reality tv (though there isn’t much I watch) get away from the snarky personalities.  The world is cruel enough at times.

Anyway….. Back to last week’s post.  I have read or partly read three travel books.  As I have said before I really do enjoy good travel writing. The first book I began and read half way through was Walking the Camino by Tony Kevin. I enjoy books by people who walk long distances and have read other books about the El Camino Pilgrimmage trail in Spain. Having just come back from Spain I had a clearer idea of where cities are and thought this would be really good.  It is a really good book and the writing is wonderful but it isn’t much about the walk. It is about the history of the walk, the villages, the country.  I think about 80% of this book is pure history. When I read a book about a walking journey I like to hear about the places, the accommodations, the hike, the feelings about the exertion the hike takes. I like to hear the about the conversations with others doing the same thing that the walker meets. 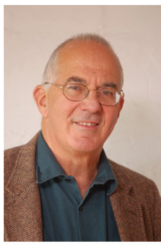 You kind of get the idea.  I didn’t want to hear anymore about the Roman history in the country, the Arab history in the country, the Spanish Civil war (in depth). I wasn’t interested in the history of agriculture in Spain. I spent two weeks on my trip learning more history of Spain than I probably ever learned in 12 years of schooling. What is the walk like??? I finally put the book aside.

The second book of travel writing is much better. Stranger Country by Chinese Australian author Monica Tan.  Ms. Tan is a young woman of Chinese ancestry but born in Australia. She visited China and marveled at the sense of family and connectedness of people in China. She thought a lot about Australia as a nation and seemed to understand the only people in this country that have that are the Aboriginal people. They have strong connections to the country

and to their ancestors. She wanted to know more about it so she put her job on hold as a journalist working for The Guardian and spent several months driving 30,000 kms around Australia learning about Aboriginal culture. She was a bit worried about going into the remote areas of Australia as a young woman travelling alone and as a Chinese-Australian woman knowing the 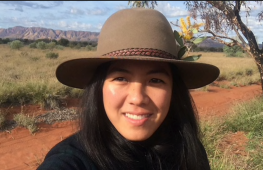 racism against Asians in many parts of Australia.  This book is that journey.  Her writing is interesting and I learned a lot of the lessons she learned. If one enjoys any of these topics then I would comfortably recommend this book.

The third book of travel writing I’m listening to now on Audible is Rough Magic: Riding The World’s Wildest Horse Race by Lara Prior-Palmer.  Ms. Palmer is a young woman who lives in England. She is also the neice of past Olympic rider Lucinda Green. Anyone who has followed show jumping or Olympic and World show jumping will have heard of Lucinda Green. I have chuckled at her descriptions of horses, riders and events many times in the past while watching these competitions. She can be quite over the top at times but she knows her horses. Lara sought quite a bit of advice from her aunt Lucinda about horses as she entered this race not having a lot of riding experience or knowledge of horses. It really seemed quite a hare-brained adventure to undertake.

Ms. Palmer is bored with her young life and wants to do something different. She hears of the 1000 mile horse race across Mongolia that happens each year on Mongolian ponies. Now I am the first one to stand up against horse racing as we know it in Australia. But this race is much different to the greed and cruelty we see in much of horse racing in the west.

The ponies can only be ridden forty miles per day and then they are changed. They are bred to be tough, and many run with little encouragement. If a rider does not get off from a pony immediately if it goes lame they are heavilypenalized . The horse comes first in this race. There are quite a few breaks during the day and in the evening the pony is cared for before the rider.

There are several young men and women participating in this race and overall I am enjoying hearing about the country side of Mongolia, the culture in bits and pieces and the tales about the people she meets. The other riders are certainly described in detail especially when it comes to their personalities. I would say it is an average read. The writing is good and if this is a topic that one finds interesting so far it is a gentle read. She rides many ponies as the race is 1000 miles and as there are many legs of it she keeps a log of the ponies she rides based on their personalities and appearance..   Some ponies barely move in this race while others move like the wind. They are not trained beyond basic commands so if it takes off running the rider must just hang on.  Having been raised with horses in my teenage years I enjoy hearing about horse events but they must be treated kindly.

It is also interesting how they cope with the weather, quite often getting caught in storms and a single pair of clothes that must endure for the length of the race. They often sleep in wet jodphurs or dirty tee shirts.

And of course there is a bit of fantasizing that goes on from the young women over arrogant Devon, who is a young male who continually leads the race.

I wouldn’t say it’s the greatest travel writing I’ve read but it does keep my attention and it is certainly different from the long journeys around Europe many people write about while walking, bicycling or motor biking.